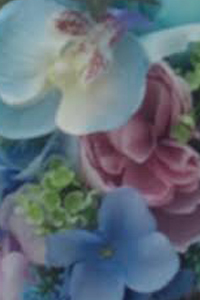 A theatrical homage to the punk and glam punk movement, presented by artist director Ross Wirtanen & choreographer Cora Kozaris. Set in a dystopian future where all forms of art have been criminalized by the government, a subversive, underground group of creators band together in a violent revolt against their oppressors. Expect an intricately choreographed, fashion-forward presentation of absolute anarchy on the Fashion Art Toronto runway.

RiaToss Productions is a theatrical performance-art company that delves into the imagination and artistry of Ross Wirtanen, a visionary choreographer and artistic director based in Toronto, ON. Originally established in 2012 as an alternate ego between his muse and co-director Tia Haraga, RiaToss explores the extravagant escapism of pop-culture through mediums such as dance, fashion, photography and film. This infectious combination of eccentric style and over-the-top personalities has caught the attention of Canada’s most notable entertainment industry figures. The company has moulded, styled and choreographed some of Canada’s hottest up-and-coming recording artists such as Brock Zanrosso, Anjulie and Tea Kittagucci. Along with artist development, RiaToss has been sought after by several photographers and designers to model for a variety of clothing, hair, magazine and television campaigns. Their first full-length production of “Marina Antoinette” has been successfully performed numerous times at noted Toronto venues such as Casaloma, The Carlu, The Spoke Club and World Pride 2014. RiaToss Productions hae also been a headline act on the runway for 5 years at FAT – Fashion Art Toronto, with their fashion forward showcases of dance and performance-art. Most recently, RiaToss was an instrumental director in the creation of the inaugural FLAUNT Festival, a wearable-art and fashion extravaganza at Harbourfront Centre.